What’s the best way to discover and enjoy the Dolomites? A ski tour, of course!

Our Dolomites ski tours offer terrain for skiers of every skill level, with over 746 miles of prepared pistes,

For history lovers, there’s the Ski Safari of the First World War: Austrian mountain troops and the German Alpine corps along with the Italian ‘Alpini’ were present here from May 1915 until November 1917, engaged in a bitter struggle for survival. At the epicentre of the fighting, Col di Lana.

Situated in the beautiful Pustertal Valley, Kronplatz is considered by many the number one winter sports resort in South Tyrol. A day on the slopes in Kronplatz really does offer everything you could wish for on holiday: 119 km of pistes, refuges, black pistes, snowpark and playgraund.

One of the most spectacular ski tours of the world is the Sellaronda, a tour arounf the Sella Massif in just a single day. Appropriate for intermediate level skiers, this unique circular connection of runs and lifts was once the only way the inhabitants of the high alpine Ladin villages could maintain a connection with each other.

There are also the Monte Elmo and Ski tour Olimpia, which are available to skiers of all levels, from beginners to experts. The 1956 Winter Olympics, the first to be broadcast on television, took place in the Dolomites’ Cortina d’Ampezzo, on the very slopes you’ll be skiing on this tour. The ski tour of the Dolomites od Sesto, with its thirty kilometers, includes  five ski areas.

Ski or board under the stars sparkling and look down at the lights of the village below, it’s simply magical and romantic. Night Skiing is a great night out in San Candido. 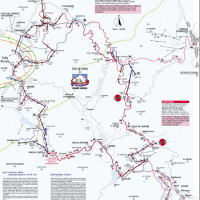 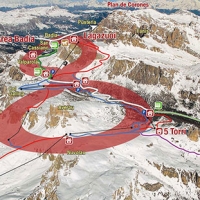 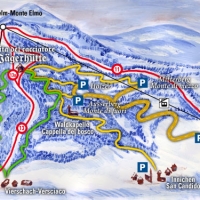 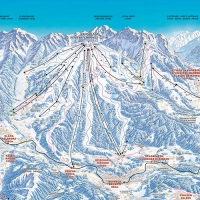 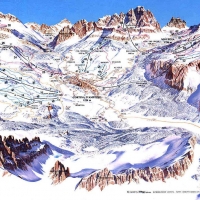 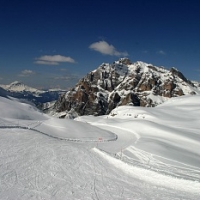 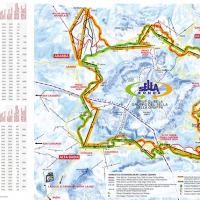 Book your Ski Safari
© 2010-Present Ski Rental Cortina - Privacy policy | Terms and conditions | Cookie Policy | Personal Data Request
Call Now Button
We use cookies to make sure you can have the best experience on our site. We collect statistical data anonymously. We do not use this data for user profiling activities and do not store any personal data. By using the site, you consent to the use of cookies. You can get more details and block the use of all or just some cookies, viewing the extended information.OkCookie Policy